In common with almost all other websites, we use cookies to make our site work better for you as well as us. By clicking "That's OK" below, or continuing to use the site, you confirm your agreement to this use. If you'd like more detail, click on the "Tell me more" button below.

Restoration has begun in Bay 1 of a Praga V3S Truck originally captured in Egypt in 1956. Duxford Aviation Society Military Vehicles took ownership in 2002. The plan is to give the Praga a complete mechanical overhaul and restore the bodywork – either desert sand or Russian Green; we’re researching appropriate schemes. 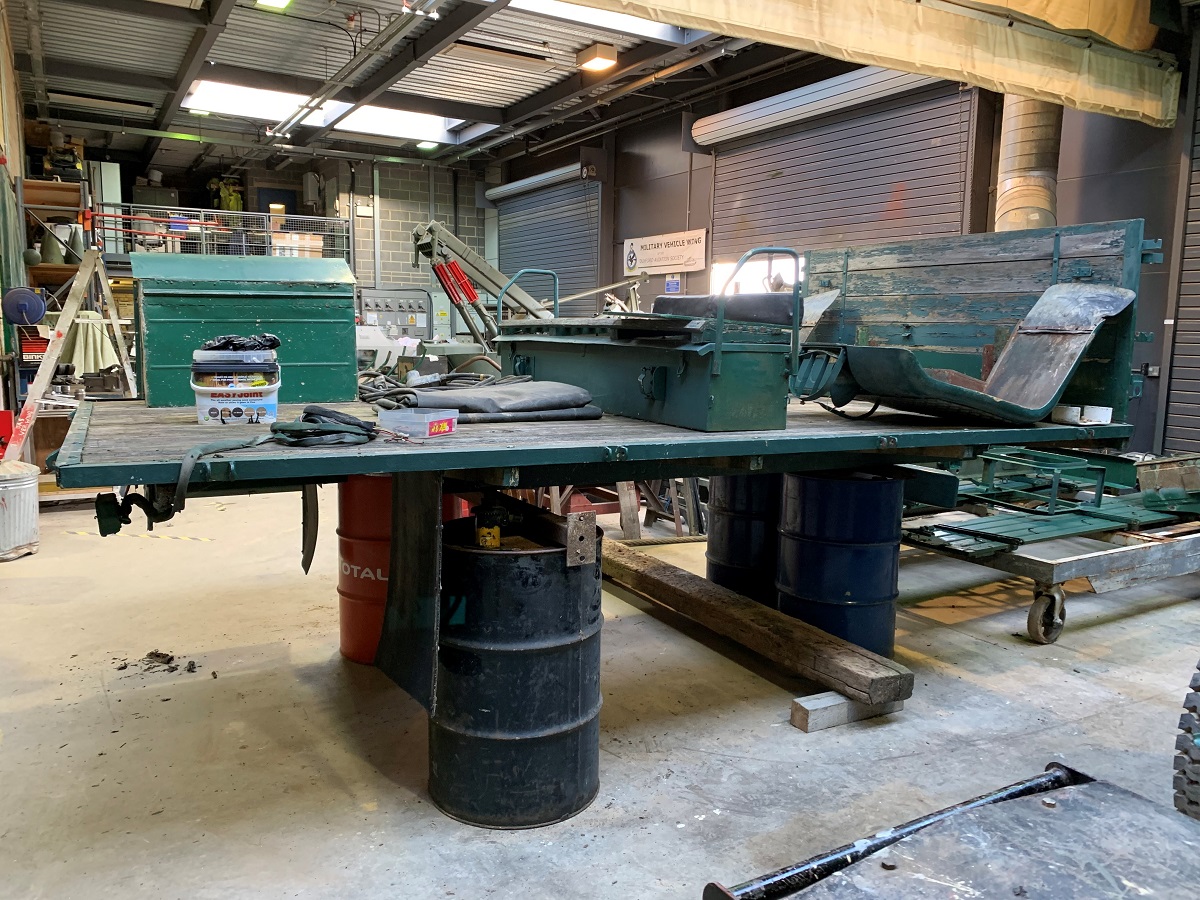 The first task for the team is to break the vehicle down into zones – cab, flatbed, chassis etc,  each of which becomes a separate project. We photograph and record every stage as the project progresses.

The Praga is a Czechoslovakian-built truck in service since 1953. As an all-terrain, multi purpose vehicle, it’s reckoned to be one of the best off-road cargo vehicles of its time.  It was in use with the Czech army for half a century. The engine is a 7.4 L Tatra 912-1 16 diesel with 4-step transmission. Its curb weight varies from 5470kg to 8650kg depending on the body type. It was exported to 72 countries.

Our Praga was owned by the Egyptian army and had a rocket launcher on the back when it was seized during the Suez invasion of 1956. We understand that it was brought back to the UK for assessment. IWM photo HU4129 shows the vehicle partly burnt out in Egypt.

Watch this space as the project develops!